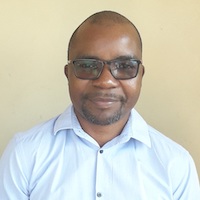 Dato Vilissa is an International Consultant with over 16 years of professional experience in Sub-Saharan Africa. He is experienced in Aid Effectiveness, Donor Coordination, Public Financial Management, Political Economy Analysis, Public Sector Reforms, and Decentralisation. His other specific areas of work also include Budget Analysis, Taxation, Poverty, and Fund management of Development Cooperation programmes.

He has previously held permanent positions with the Embassy of Denmark in Mozambique/ the Danish International Development Cooperation Agency (DANIDA) and the Ministry of Finance in Mozambique government. With the former he managed development cooperation programmes in the areas of General Budget Support, Public Financial Management, Public Sector Reform, and Decentralisation. Dato was also involved in the management of the GBS donor group and prepared technical and policy inputs for discussions and negotiations related to macro-economic, macro-financial, and public expenditure aspects of the partnership between the Government of Mozambique and the Donors.

During his tenure with the Ministry of Finance of Mozambique, Dato worked as a Financial and Compliance Auditor having worked with the wider public sector, including central government entities, state owned enterprises, and local administrations. Dato holds an MSc degree in Global Economic Governance and Policy from the Department of Economics of SOAS, University of London in the UK. He is fluent in English and Portuguese.

We use cookies to ensure that we give you the best experience on our website. If you continue to use this site we will assume that you are happy with it.Ok